Hello all. Pastrami blog has been on a hiatus recently. What have I been doing? One thing I have been doing is traveling the world. 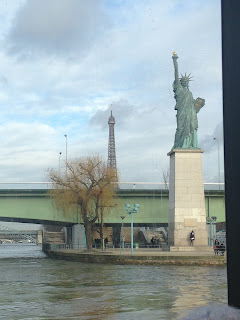 Back in December/January I went to the most visited city in the world - Paris, France. I know what you're thinking, pastrami? In Paris? Does it Exist? And if so, how could you eat pastrami in the culinary experience that is Paris? Well I was there for three weeks, so I also tried all the local delicacies such as morteau sausage and my favorite dish of all - tartiflette. I stayed with my girlfriend's family, who live close to Bastille Metro stop and I assure you I ate plenty of French food. 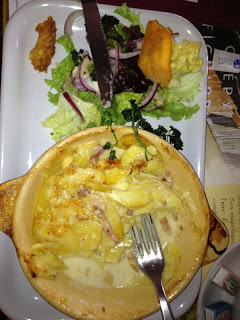 Paris actually has a large Jewish population, especially in my favorite neighborhood in Paris - Le Marais.  However most of the Jewish restaurants are Sephardic Jewish, not Ashkenazi Jewish meaning they serve Middle Eastern fare, such as falafel and shawarma, not bagels and pastrami sandwiches. I got to try one of the most famous falafel sandwiches at a place called L'as du Fallafel. It was well priced, for Paris at about 6 euros. The flavor was only outmatched by the size of the sandwich. I stood in the corner with a napkin and ate it up quickly while many tourists looked at me slurping my falafels up. It was pretty awesome!

As for Paristrami - I made it to three places. The first Paristrami was a place called Chez Antoine, La Maison de Charcuterie. Charcuterie is the French way of preserving meat, for those that do not know. It's funny to me that one of the most known delis in Montreal, Schwartz's, claims to have Charcuterie Herbaique, but that's what pastrami is - Hebrew charcuterie!

When I entered Chez Antoine I was pleasantly surprised by what I found. There was a large pastrami uncut, smoked, steaming on a large plate. It was a beautiful sight and I spoke with the worker for a bit who wanted me to come back for a sandwich, but sadly I didn't. We bought a big piece of pastrami to serve with dinner that night. 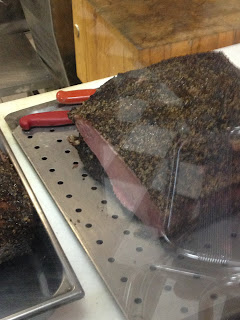 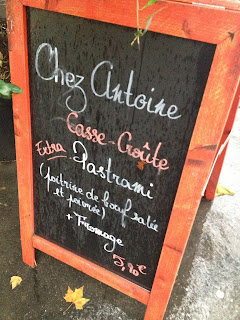 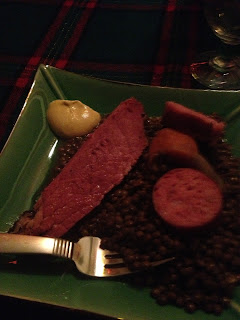 The pastrami was too tough - Quel Dommage! It had the look and the smell, but it needed to be steamed for much longer to achieve the perfect pastrami texture. This was a bit of a fail, sadly. 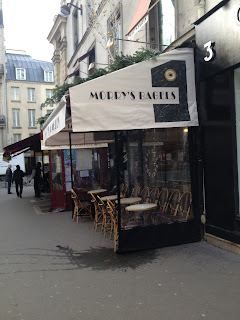 The next place I got to try was a bit of a mistake, but I was happy to find this place open. France isn't really my place for breakfast as most people eat a pastry in the morning. I found Morry's Bagels while wandering around my area one morning. I got a bagel with pastrami and cheese to quell my early morning hunger. The pastrami was OK - it was much more tender than my last experience, but it wasn't that great as far as the flavor. It was passable, if I were to review it as a normal breakfast and not take in to account the grade of the pastrami - it was very good. The bagel was fresh and they put a nice mustard with tangy pickles (cornichons) with some pretty good meat. The pastrami did not have a large fat on the outside of the brine - however it had the right color. Pretty good. 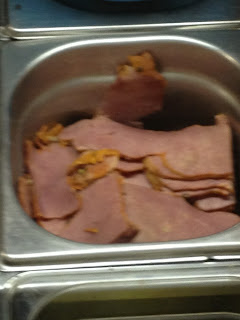 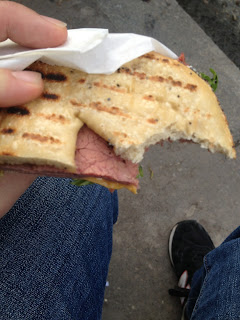 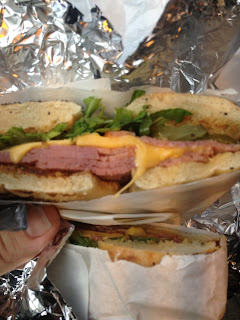 The last place I tried was the best pastrami in Paris! A place called Maison David, right in the middle of the Jewish Marais Neighborhood. The first time I came to Maison David was right around night time. As I walked in, I told the owner I was a friend of David Sax, the writer of Save the Deli. Name-dropping worked out pretty well as I was treated to many different free samples as I ordered a pastrami sandwich. 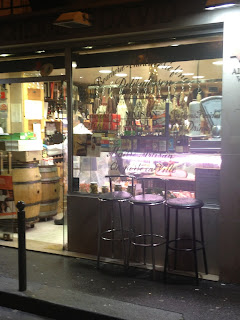 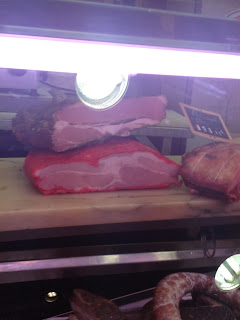 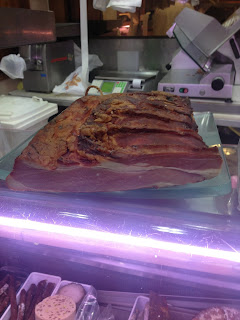 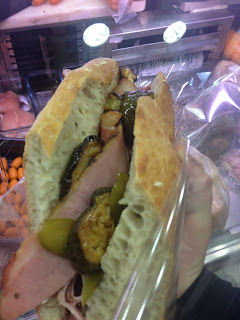 The pickled flesh was very interesting and tasty. It was salty and the a little bit more like corned beef in texture when compared to pastrami - smoother, yet I wasn't sure what to make of the red skin on the outside. It went down pretty easy! My sandwich came on a roll with eggplant - more Sephartic style, but this pastrami was the real deal. It was super soft with a superb smoky flavor unmatched to the other pastrami I tried in Paris. Hands down the best, no questions about it. It should be though as it's pretty pricey for the amount you get, once again I must point out it's Paris, where everything is super expensive. I left that night super satisfied but I wasn't done yet.

I came back to Maison David on New Years eve during the day to buy some pastrami for the family to try. I was greeted by a glass of champagne and more free samples. What a nice guy the owner is! Standing in the Marais on New Years while drinking some champagne felt really good. Here I was in a foreign country, yet I am so well treated and received - it's a great feeling. We had the pastrami for an appetizer at the house during our last dinner together and everyone agreed it was the bomb. It steamed up just as well as it was served in the store, tremendous flavor with a melty, soft texture. Lovely!

If I were to get super technical about the pastrami - compare the pictures of the Maison David pastrami versus the pastrami of two other locations you can see there is a smoother texture. This is because it has been smoked and steamed long enough for the fat to connect all the juicy meat together properly for a smoked pastrami. The other two subjects have a lot of visible lines which to me normally means not smoked enough - and although you do want some texture to be visible, you need the pastrami to be super soft to be the most enjoyable.

I have more posts saved up. I just have to get them out on paper. I have my radar set on Shorty Goldstein's, the new Jewish Deli in San Francisco, but I still need to post other sandwiches I have tried for your viewing pleasure. Hope everyone enjoyed reading Paristrami as much as I did writing it. I can't wait to go back to Paris - I still have more pastrami places to try as well as many other French dishes to try.

Until next time - keep on pastramifying life!

how fun! hope you return to sharing your pastrami adventures with us. all the best !

Hey, i live in paris and i'm a big pastrami fan too!
If you happen to go back, here are drom my point of view the best two pastrami places in paris (both located in le marais)

Fantastic post, very informative. I wonder why the other specialists of this sector do not notice this. You must continue your writing. I'm confident, you have a great readers' base already! bonphung

Ted
I'm the Pastrami King of the Bay, but I hail from L.A.